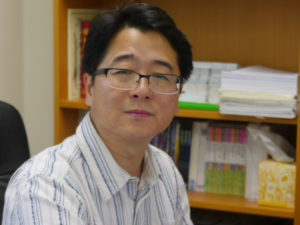 Pastor Jinchang Chen is from Tianjin, China and graduated from Nankai University. He studied chemistry at Virginia Commonwealth University in 1993. Upon graduation, he worked for pharmaceutical companies for some years. During his study in Virginia, he came to know Christ. Since then he has actively involved with ministries in local churches. During his service together with his wife, both of them felt God’s calling to full-time ministry. After confirming that this was truly leading from the Lord, they then resigned from their jobs, and Pastor Chen enrolled in Dallas Theological Seminary. In addition to equipping himself with biblical and theological knowledge, he also developed his skills in pastoral counseling. In 2007 he graduated with honors and received the degree of Master of Theology. Since then, Pastor Chen has been serving Chinese churches in southern California. During this time, he continued his theological training. In 2018 Pastor Chen received the degree of Doctor of Ministry from Fuller Theological Seminary, specialized in spiritual direction. Pastor Chen and his wife Becky have two daughters – Emily and Amanda. 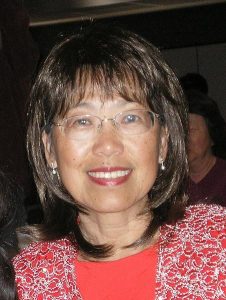 Mrs. Annie became a Christian in 1970 and graduated from National Taiwan University in 1976.  She worked as a program writer at the China Lutheran Hour for two years and then came to Southwestern Baptist Theological Seminary, Fort Worth, Texas for further study in Christian Education.  While at the seminary she met her husband Raymond Petzholt, and together they served the Lord in overseas missions, teaching, and pastoring for the past thirty-five years.

The Petzholts have published four gospel tracts in an effort to bring the Chinese to Christ which includes: The Chinese Roots in Shang-Ti, Who Is Shang-Ti, China’s Blood Covenant with Shang-Ti, and The Way to Worship- Understanding the Tabernacle.  Mrs. Annie has also translated several books.

Mrs. Annie was treated for multiple myeloma in 2011 and wrote a book about her journey with cancer titled Drawing Nearer to God in Illness 《病中親近主》.

She and her husband Raymond moved to the Central Coast in Oct. 2015 and have enjoyed the weather, sky, ocean, rural country beauty, and the lovely small church.